Welcome to this Norwegian website on Lyme disease and herbal remedies, teasel in particular, as well as other Lyme-related information. The following information is available in English:

Journal of the American Herbalists Guild 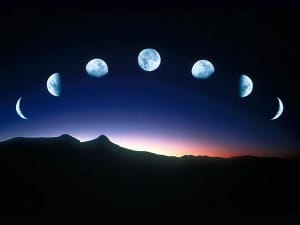 In Wolf D. Storl’s fascinating book Healing Lyme Disease Naturally, the author refers to an encounter with an elderly woman, an expert on herbs from Bavaria. She had heard him share his experience of the healing powers of teasel for treating Lyme disease, and she could tell him that the use of teasel was well-known in her tradition. This herbal expert had worked out a four-week cure which she also used for Lyme disease. Amongst other things, the cure entailed drinking tea made of teasel root every day for four weeks. She claimed “the little worms” are tuned in to the lunar phases, and that they reproduce themselves every twenty-eight days. For that reason she recommended drinking teasel root tea on a weekend once every month for the following year after the four-week cure had been completed.  (Storl 2005: 209-211)

As an astrologer I found the information about the monthly cycle highly interesting when I discovered it. This co-incided with a period in time when I was keeping a journal, something I was doing for two reasons:  I wanted to keep track of my interaction with the Norwegian health care system and I was trying to get an overview of the migratory symptoms moving around in my body. As an electronic spread sheet was used to write the journal, it was a simple matter to add an extra column where the dates for the New and the Full Moons could be included. I had expected the time of the Full Moon to be the most challenging time for me, but to my surprise I discovered that my symptoms worsened at the time of the New Moon. This turned out to be quite consistent. As a result of this discovery I learnt to respect that my “down period” might occur at the time of the New Moon, and I took this into consideration when I was planning my appointments etc.

To give an example: By listening to and reading about advice on Lyme I learnt that it would be sensible to have amalgam fillings removed as part of a detoxification program. In order to avoid possible mercury poisoning (which can happen), I made sure the appointments with my dentist didn’t take place around my “down time”, the New Moon, although he assured me it was hardly likely any mercury poisoning would occur as his equipment was excellent and he had years of experience in this.

When you become aware of the fact that one part of the month may be more challenging than other times, there is no need to feel defeated by something that may look like a setback, but is in fact just part of a rhythm.

If you should feel inclined to figure out if you are affected by the Lunar Phases, it might  be an idea to take as your starting point a list of Lyme symptoms (see for instance Dr. Burrascano’s Advanced Topics in Lyme Disease, p.9-11) and with the help of this list keep a check on any changes that might occur at the time of the New Moon or the Full Moon. Or perhaps you can just note some keywords in a diary. You may also print out the overview of the Lunar Phases which can be found on this page. If you discover a correlation between the Lunar Phases and  your up and down periods, it can be very helpful to consistently make a note of the phases.